Every ship needs a captain. And every captain needs a course. Without it, the wind and waves would wash the ship from here to there, going somewhere, but ending nowhere. Nearly two and a half millennia ago Plato suggested the state needs a captain with navigational skills, rather than rowdy sailors, to set the course of a country. In his book, The Republic, he envisioned a society in which one social class would rule, whose children would be trained in wisdom, courage, justice and temperance. These children would grow up, after being educated and tested, to become the so-called Guardians—philosopher kings. They would lead the state into greatness. With purpose and dedication. A perfect order to the world.

We all know that this isn’t how things turned out. No perfect order was achieved. And some ninety generations later —although we understand the stars in the sky and the magnetic field of the earth better than Plato probably could have ever dreamed— we are still unsure how exactly to navigate the ships we are on. Let us, therefore, look at our own ship. Let us embark on our own journey. One without a captain to lead us. One where a map still has to be made.

The journey I want to take you on is not one concerning the governance of a country. It is one concerning our education. I do this because —although you might not have noticed— the map of our study programme has been revised in recent months. In fact, the two pillars of our education at UCG have been subject to discussion recently, which has sparked a question in myself which I believe each one of us should consider. What should great education be like?

To answer such a question is not quite possible in one article. In fact, whole books have been written about this one question. That is why I will answer this question in two articles. In part one, I will lay out what I believe to be the four rules of great education—not just at school, but also outside it. In the second part, I will use those four rules to see how good of a job we (UCG and ourselves, that is) are doing. 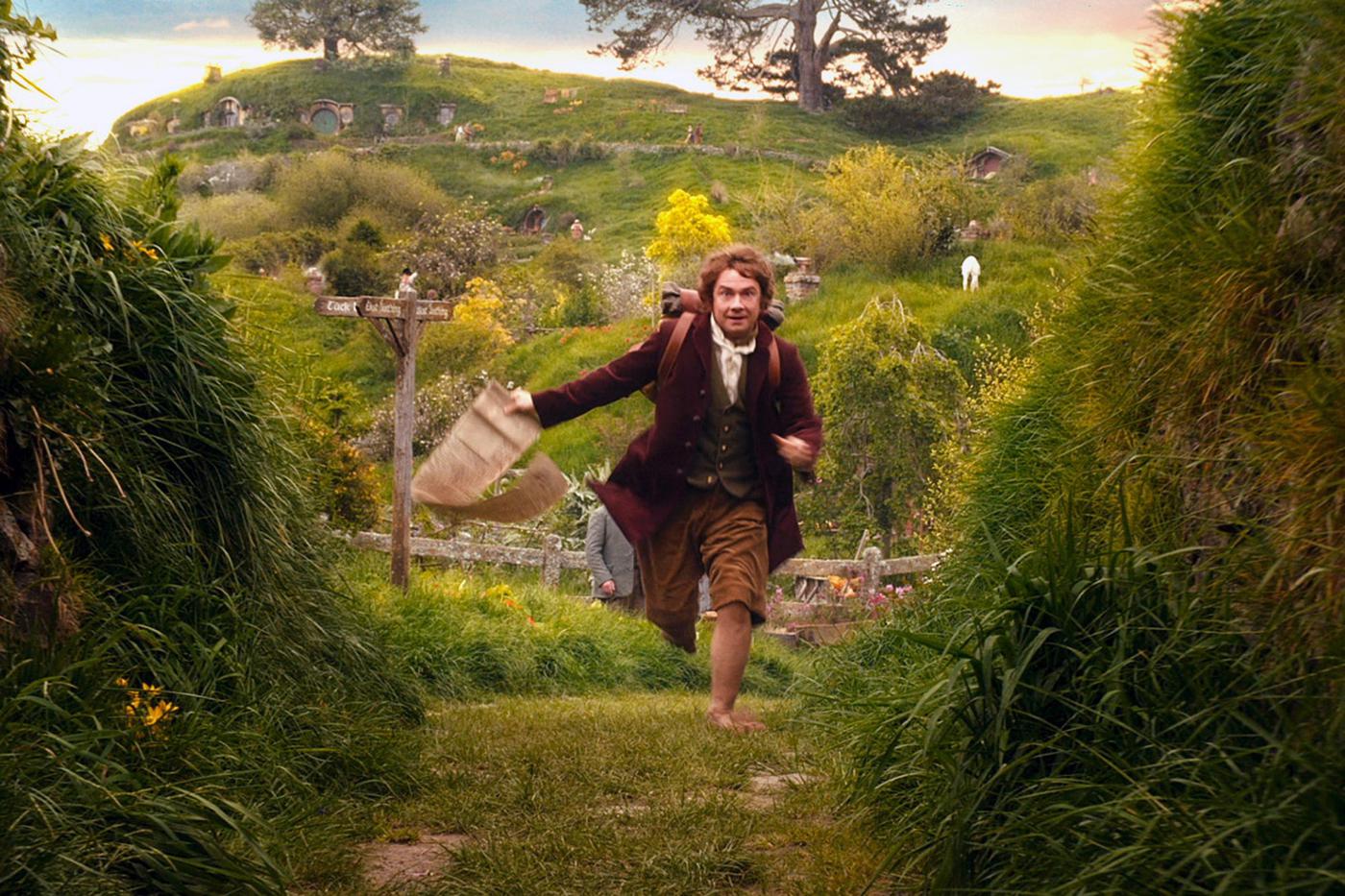 Now let’s go on an adventure; let’s set sail. First, we need to decide on a direction to go to. Italy sounds quite nice, wouldn't you agree? Let's go to Florence and while we're at it, let’s also sail back half a millennium. I want to take you to Leonardo Da Vinci. Why? Because I believe we can learn something from everyone, or as Emerson put it fancily: “every man I meet is my superior in some way, and in that I learn from him” — whether that be Wolfgang Amadeus Mozart or Muhammad ibn Mūsā al-Khwārizmī, or even smaller names like your fourth grade  teacher or your grandmother (assuming your grandmother is neither an eighteenth-century musician, nor a ninth-century Persian scholar). From some people, however, we can learn a great deal more than from others. And from Da Vinci we can learn something crucial regarding education.

The Cave of Curiosity

You see, Leonardo never had any formal education because of his illegitimate birth. How much and what kind of education he got is largely unknown and largely irrelevant. Intriguing about him is that as a child he used to wander about a lot. Driven by curiosity (and probably boredom), he discovered a lot by himself. One of the two childhood incidents he has described in later life recounts how he discovered a cave and was extremely scared yet curious at the same time. On the one hand, he feared a monster lurked inside, on the other hand, he had a burning curiosity to find out what was inside the cave.

Curiosity led Leonardo to investigate the world around him. And as a result, he described the human body in great detail, designed self-supporting bridges and explored whether humans could fly amongst the birds. He managed to learn things about the world that the world never knew before. It was his curiosity that taught the rest of the world so much.

You’ll grow beyond what you knew.

Maps of Cats and Fragile Knowledge

To meet a man not much different from Leonardo, we must first travel West over a period of roughly 450 years. Here, in the United States of America, we come to meet Richard Feynman, a Nobel prize winning physicist and all-around odd fella. Like Da Vinci, Feynman was boundlessly curious. (Start to see a trend already?)

When Feynman studied physics at Princeton, he was invited to join seminars in biology. There, he had to report on a paper which had to do with the muscles in cats. As he didn’t know much about the anatomy of cats, he went to the library and asked for a ‘Map of the Cat’. He found said map and when presenting in the seminar, he started off by drawing out the ‘Map of the Cat’, the way he’d found it in the library. While doing so, he was interrupted by his fellow students telling him “We all know that”. To which Feynman answered: “Oh, you do? Then no wonder I can catch up with you so fast after you’ve had four years of biology”. About this incident, he writes: “They had wasted all their time memorizing stuff like that, when it could be looked up in fifteen minutes.”

Eighty years ago, Feynman thought it a waste of time to study facts that can be looked up in fifteen minutes. What then would he say of such knowledge in the age of Wikipedia? Surely, this is an even bigger waste of time now.

You don’t need everything stored in your head. 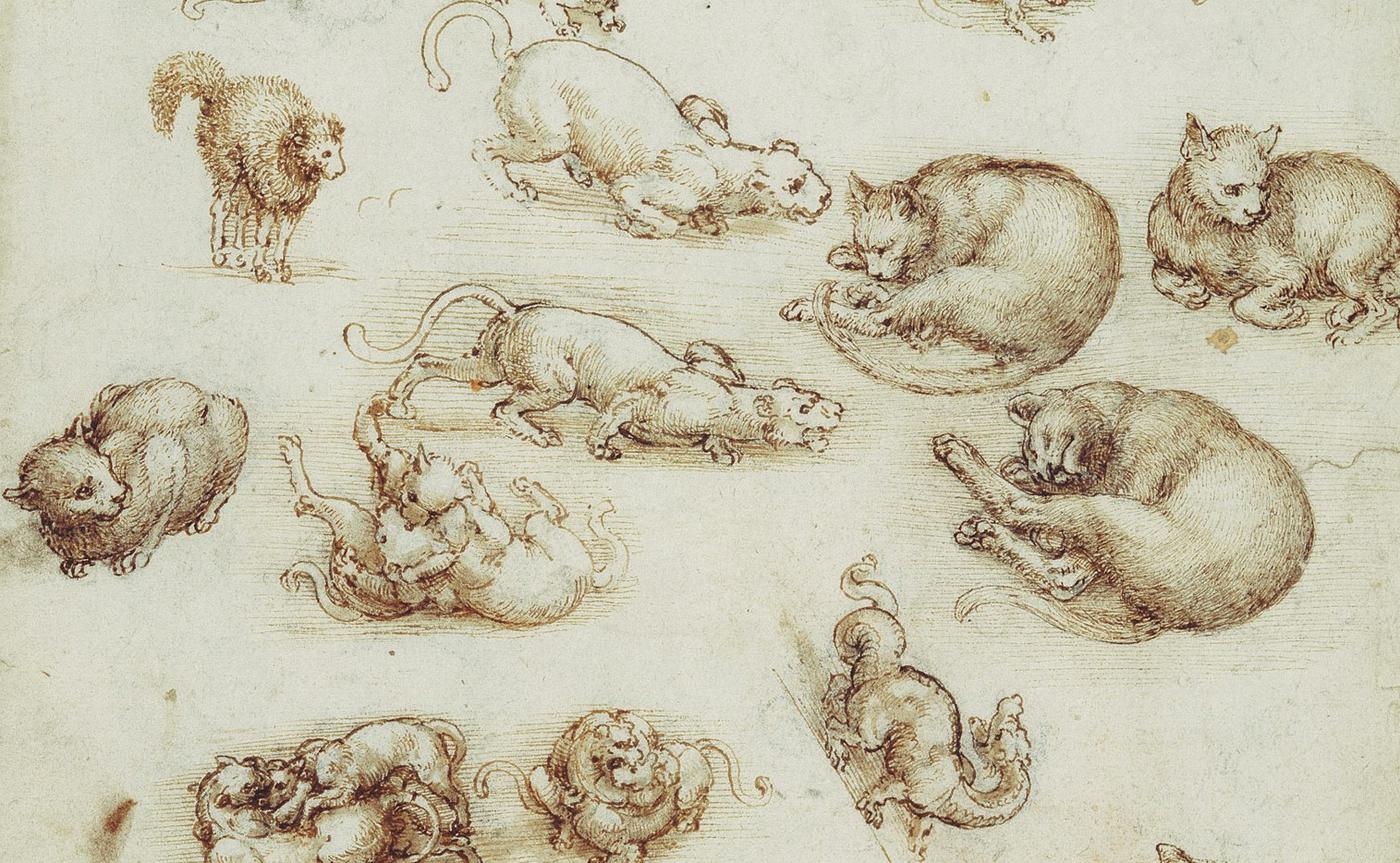 At one point, Feynman bamboozled the assistant of Einstein by playing a joke on him. He posed him a problem in a different way than it was normally asked. Einstein’s assistant should have known the answer to this problem, but because the problem was oddly phrased, he couldn’t solve it. Feynman made a sharp remark: “I don’t know what’s the matter with people: they don’t learn by understanding; they learn by some other way—by rote, or something. Their knowledge is so fragile!”

Think about the things you think you understand. If someone were to ask you a new question about it. Something you might not have considered before, would you be able to answer the question, or will you find out your knowledge is rather fragile?

Make sure an oddly phrased question doesn’t leave you puzzled, and if it does: understand and fill the gaps in your knowledge!

While writing this piece, I was suddenly reminded of a sentence from one of the most beautiful stories out there. Although the context of the scene has nothing to do with education, it captures precisely the core of the message I want to tell you. The story I am talking about is one from none other than The Lord of the Rings. As Frodo and Sam are walking out of the Shire and into the unknown world, Sam stops and says: “This is it. If I take one more step, I’ll be the farthest away from home I’ve ever been.”, to which Frodo responds: “Come on, Sam. Remember what Bilbo used to say: "It's a dangerous business, Frodo, going out your door. You step onto the road, and if you don't keep your feet, there's no telling where you might be swept off to.”

Taken at face value, this seems almost negative, the way he talks about dangerous business. But to me, it doesn’t seem negative at all. Stepping out onto the road, not knowing where it leads is a dangerous business because it is so exciting! Before you know it, you’re in a wonderful place and you might not want to come home! This holds true not just for travelling, but also for educating yourself and others. When you go out there, without a map to guide you, taking the responsibility to lead your own way instead of relying on others to show you the way, then you might discover wonderful things about the world, and yourself.

Rule #4: Travel without a map.

Lead and explore without guidance, it will make you more independent and perhaps you’ll discover wonderful new worlds. 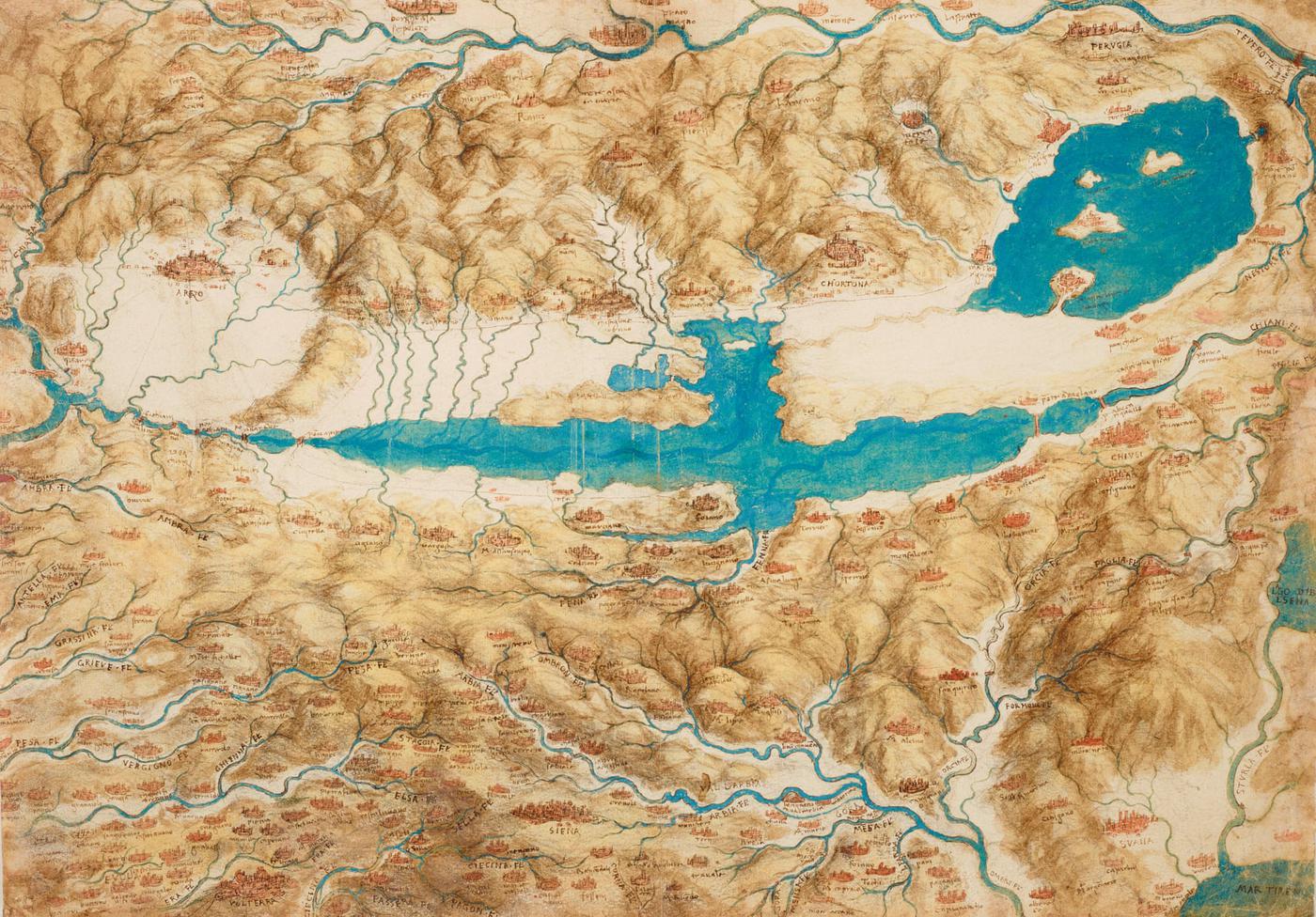 The Four Rules of Education

Now that we have set sail, travelled around the globe (fictional and otherwise), back and forth in time, let’s see what we have learned. In Italy, we found that curiosity is an essential part of learning about the world around us. In the United States of America, we learned that studying the Map of the Cat might be a waste of your time, especially in this current day and age. There, too, we discovered that our knowledge can be very fragile —we often don’t understand concepts thoroughly. And finally, in Middle Earth, us stepping onto the road not knowing where it will lead might just be the start of a wonderful educational adventure.

By following these four rules, I believe we can educate ourselves in a better way: Be boundlessly curious; Don’t waste time studying useless things; Have robust knowledge; Travel without a map.

I will see you back in part two of our journey, where we will sail back to our trusted harbour with the knowledge of our predecessors in our hold. 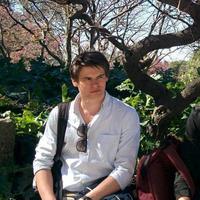 Hey there! My name is Yoram. I'm a third year student interested in a whole range of subjects and fields. Anything from natural sciences to philosophy and psychology will get me interested. I am very dedicated to make Slash a part of UCG life and hope to get as many people interested in our committee. Besides Slash, I am in the yearbook committee and in UCGO, which represents my love for graphic design and sports. 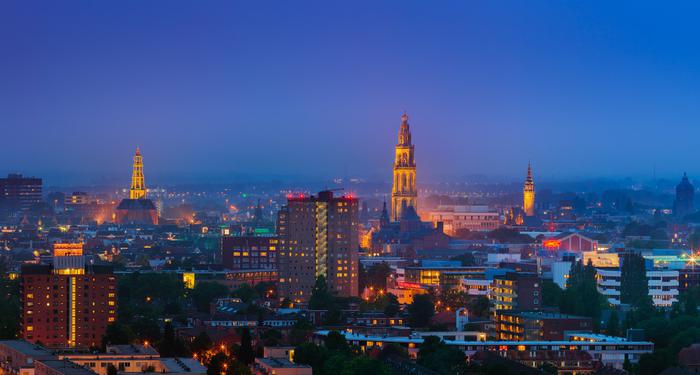 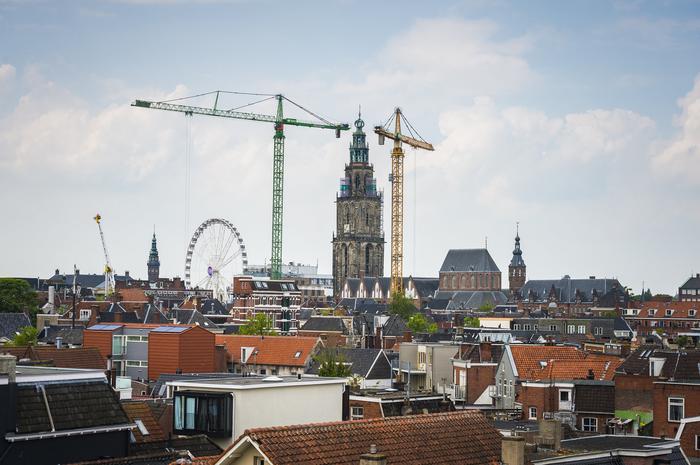