How to Create Christmas Songs

"Music gives a soul to the universe, wing to the mind, flight to the imagination and life to everything." -Plato

It is that time of the year again. The weather outside is frightful, yet the sight is so delightful. And as the snow is lightly falling, the wind is still appalling. But, inside our homes, the fire is slowly crackling away, as the white crystalline snow is stacking up outside our frozen windows. The distant sound of children's laughter as they play in the cold fills your heart with more warmth than the friendly fireplace could ever do. It's a magical time, it's Christmas time.

As much as I love indulging in this fantasy, it has proved to be just that: a fantasy. Experience, however, can easily be shaped by something surprisingly simple. We can make this fantasy feel as real as it might be, simply by listening to music. A feeling in our bones

Sound is a peculiar thing, and music even more so. A simple oscillation within the air around us manages to come to us as a complex harmonious experience vibrating the soul within us, shaping our feelings to the sound. The scratching of metal on metal sends shivers down our spines, whereas the soft flowing of water and the warm crackling of a fireplace comforts us. A sudden bang startles us faster than we can think, and a place too silent makes us wonder what is wrong as if the feeling were in our bones. The right sound does something wonderful. Something that many other processes do not do quite as pleasantly. It speaks to us, directly and untouched. Music brings back memories of days past and feelings long forgotten. Music manages to ignite a passion, even hundreds of years after first being made, or thousands of kilometers away from its origin. Composition is a time capsule, a way of looking back, but it also has the possibility to be used in new ways, in new times.

Creation of carols for the cold

"I heard the bells on Christmas Day, their old, familiar carols play. And wild and sweet, the words repeat, of peace on earth, good-will to men!" -Henry Wadsworth Longfellow

The singing of Christmas songs started a long while ago. In the 15th century, English Christmas songs started to appear. These songs were usually sung by wassailers, people who went door-to-door, sang songs and offered a drink in exchange for a gift. Wassailing is basically similar to trick-or-treating and the Dutch Sint Maarten tradition.

More recently, these and other carols, previously banned from religion for being pagan, found their way into church. In 1880, the first Christmas Eve service with Christmas Carols was held, thus introducing Christmas songs to followers of Christ. 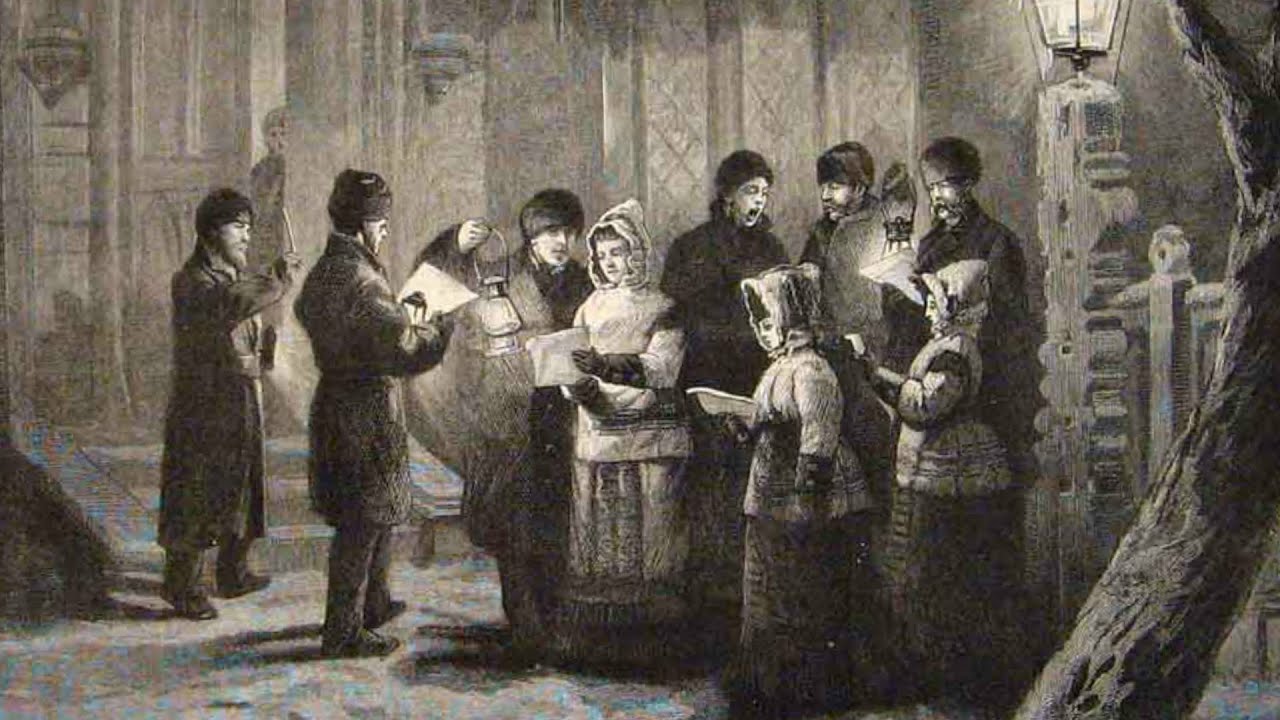 "I'm not drunk, I just miss being young. And I grew old too fast" -Michael Rosenberg

Christmas is a tradition, being passed on from generation to generation. And with this, Christmas songs were also passed on. Then it comes to no surprise that songs like God Rest You Merry, Gentlemen and Silent Night, both have a long history. God Rest You Merry, Gentlemen is one of the oldest Christmas carols, dating back to the 16th century, and Silent Night was first sung in a town in Austria back in 1818. Even though old, both managed to find their way onto Bing Crosby's famous album Merry Christmas.

This shows clearly how much of a tradition Christmas and its songs are, which brings us to the first key characteristic of Christmas songs. The fantasy of Christmas, the magic of Christmas, is brought to you by good old nostalgia. The fuzzy feelings are construed by this sentiment, and every good Christmas song will make you long for those days, even if they were an imagination to begin with. It doesn’t matter. The only thing that does, is that the music makes you feel like you’ve known the true and perfect Christmas spirit. Like you’ve known the comfortable light and warmth radiating from a fire, enlightening the cold darkness of the winter months. Christmas music is excellent at expressing this spirit. It’s Santa’s Seasonal Sentiment.

The fusion of opposites

"In varietate concordia" (United in diversity) -Motto of the European Union

Christmas, being true to its own spirit, manages to bring opposites together, uniting them into one (hopefully) beautiful spectacle. The two genres united by Christmas are Jazz and Pop. Jazz is famously known for its eccentric chord variations and it's improvisational genius, whereas pop is known for its musical simplicity and ability to please many, and anger a few.

As we’ve seen, Christmas songs are often sentimental in some way. A song can make you feel sentimental in two ways: lyrics, and sound. Let us look at the sounds that make a composition a genuine Christmas song. There are two sounds that are essential in this process: a cold one, and a warm one. One sounds like the ice that grows on the still waters outdoors, and one like the warm woolen blanket lying on our lap, shielding us from the outside chill. These sounds are often outlined in songs by a high pitched, icy melody line and a low pitched, pleasantly sweltering harmonic base. The melody is usually simple, like in most pop songs. That's the catchy part of a song, the part of the song that you sing along with. 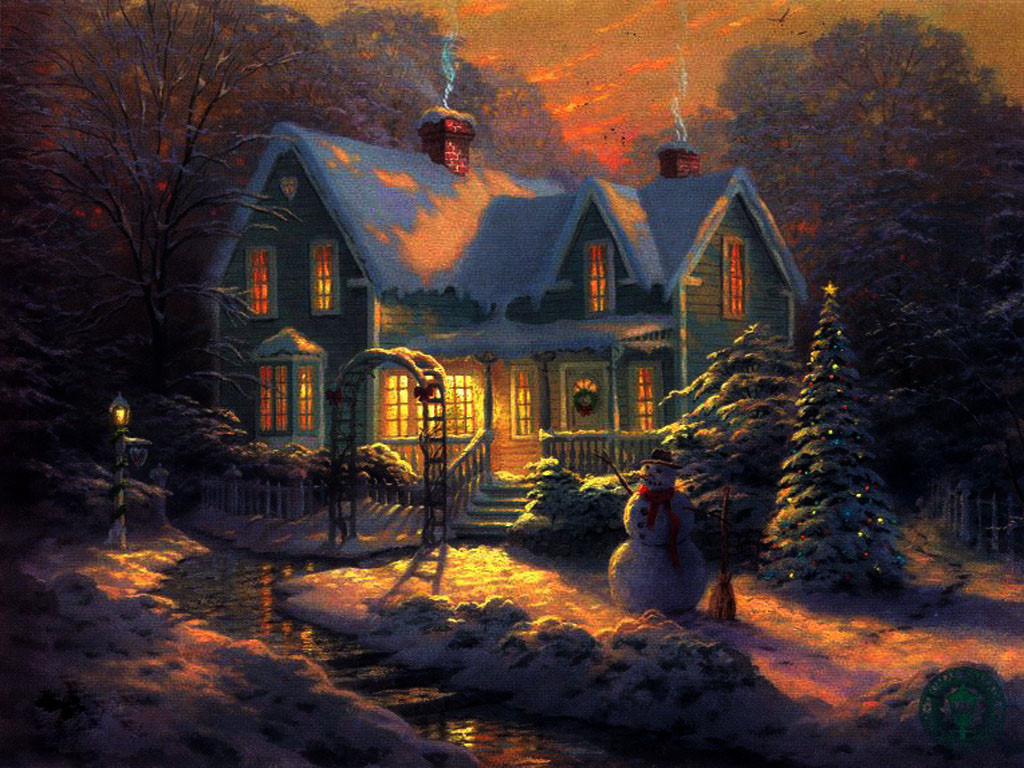 "That’s the thing about jazz: it’s free flowing, it comes from your soul" -Billy Crystal

The bass, on the other hand, harmonizes the song. It gives that good sound to the music, and it defines whether a song sounds happy or sad, melancholic or joyful. The fundament of the song is usually a chord progression. (For those of you not familiar with music theory, a chord is a combination of three or four notes that form one harmony, one feeling if you will). Most pop songs use a simple variation of four chords (as famously displayed by this amazing performance of the Axis of Awesome). These four chords will produce a simple, yet enjoyable song.

However, variation on these chords can give you a different feeling. Jazz is famous for this. In jazz, there are no rules, which results in some of the craziest chords you can imagine. As Thelonious Monk put it: “The piano ain't got no wrong notes.” Jazz is excellent in producing a warm feeling. It’s also excellent in making a melancholic, longing sound. Changing as little as two of the four notes in a chord will make the music sound sweltering and swirling. Changing a normal chord to a diminished chord, as musicians would call it, will make it feel familiar and welcoming. As important as lyrics and melody is, this, ultimately, gives songs a feeling.

"What a bright time, it's the right time, to rock the night away" -Bobby Helms

Using these two key principles -a high melody and a low, warm base-, you will be able to produce a Christmassy sound already, but there is one last thing missing. The coldness of the song is not quite there yet, which is why we need to jingle it up a bit. The last essential ingredient in a Christmas song is likely to ring a bell. That's it! Bells, sleigh bells! Every good Christmas song needs sleigh bells in them. It's a simple rule, but one that must be followed. It's the way it should be. Sitting there with friends and family, listening to sweet sweltering chords, around a table with warm food as the sleigh bells are ringing, and you and your friends are singing: 'May you have a Merry Christmas, and a happy New Year!'

11 recommendations other than Mariah Carey

P.S. Rumour has it that our dean, Hans, and other staff members are playing at the jam session tonight before the party starts. See you there! 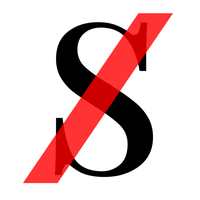 /SLASH/’s 4 days of Christmas (day 4) First things first. What are 20 Dutch delicacies and 19 NYE parties doing together in one article?... 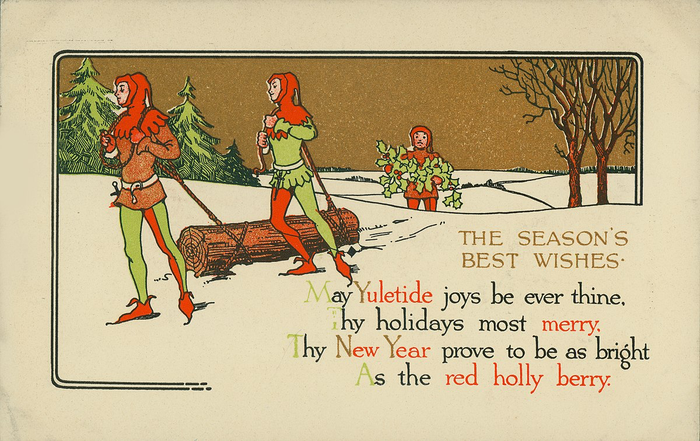